Kartik Aaryan recently announced his second collaboration with Kiara Advani. After the massive success of Bhool Bhulaiyaa 2, the duo will be seen sharing the screen space together in ‘SatyaPrem Ki Katha’.

Taking to Instagram stories, Kartik shared a glimpse from the table read session. The actor can be seen holding the script of the film. The photo also featured director Sameer Vidwans who’s helming the film. 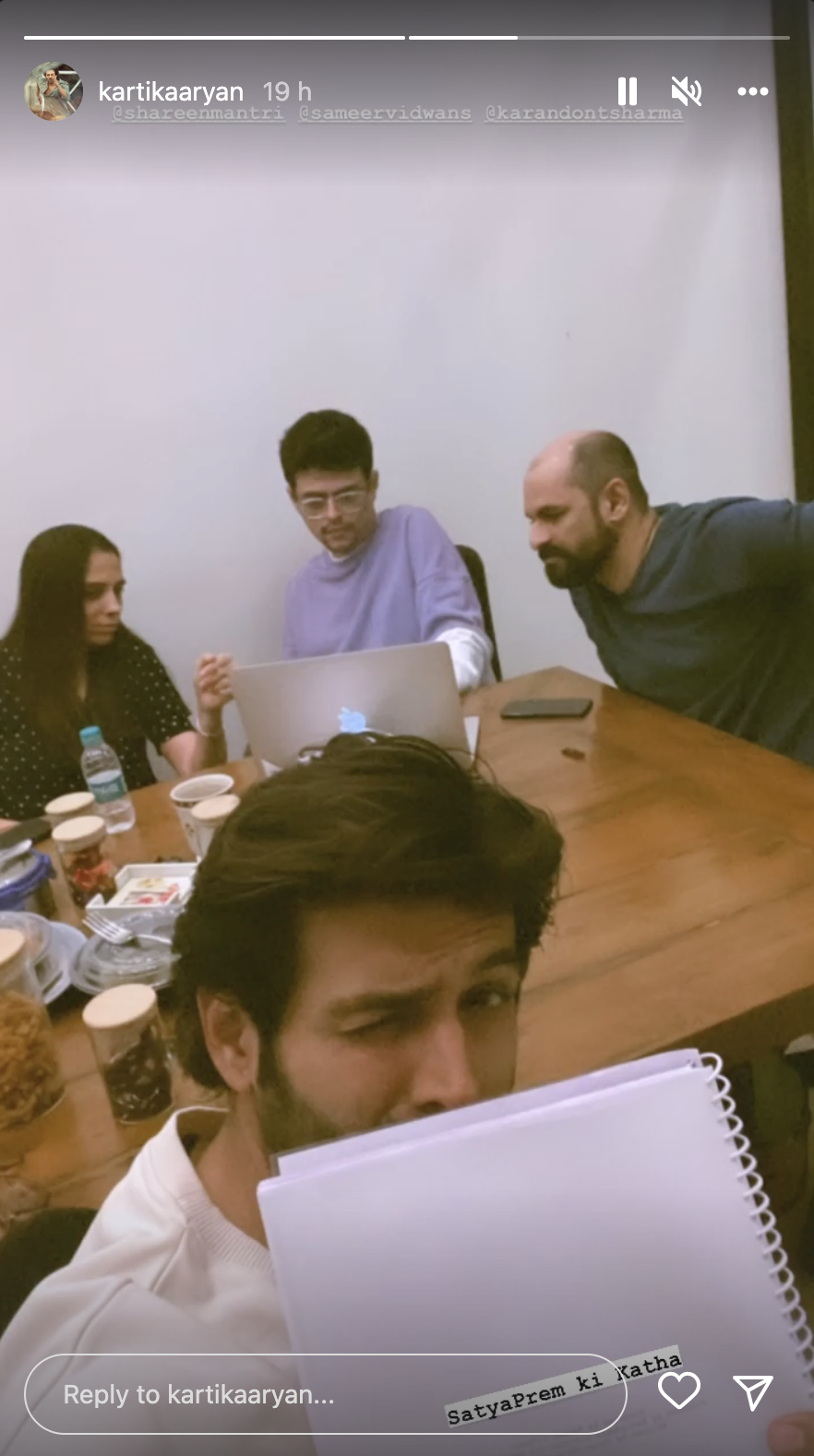 Earlier, in announcing the film, Kartik shared the first look of his character with Kiara Advani. Sharing a picture with her, he captioned the post, “Happy Birthday Katha !! Tumhaara SatyaPrem (red heart emoji) #SatyapremKiKatha @kiaraaliaadvani with a red heart.

Apart from this, Kartik will next be seen in Freddy, Captain India, and Shehzada with Kriti Sanon. He also has Kabir Khan and Sajid Nadiadwala’s untitled film, which is slated to go on floors in 2023.