On the latest episode of ‘Koffee With Karan 7’, Karan Johar asked Aamir Khan if Kareena Kapoor Khan was his first choice for their film ‘Laal Singh Chaddha’.

Aamir stated that both the characters have a journey from 18 to 50 years of life and hence, they were looking for someone in the age group of 25 so that the actress can look younger and older as well.

Elaborating on the episode, Aamir shared that a casting director mentioned a new actress and showed him a video of the newbie. He then stated that the ad also featured Kareena along with the newcomer. Aamir said, “We were looking at the video for someone else. Advait (Chandan) and I were watching and we saw Kareena in that, we were lost in Kareena.”

He went on to reveal, “Both of us looked at each other and we said, why not Kareena.” In the end, Aamir said, “I cannot imagine else in this role other than Kareena.”

When Karan enquired about the new actress, Aamir said, “That’s not important.” The superstar then added, “That girl also was very good. No doubt about it.”

Now according to the social media account Diet Sabya, Kareena had featured in a jewellery store ad with Manushi Chhillar who marked her debut in ‘Samrat Prithviraj’ starring Akshay Kumar. The story was posted on its Instagram account. 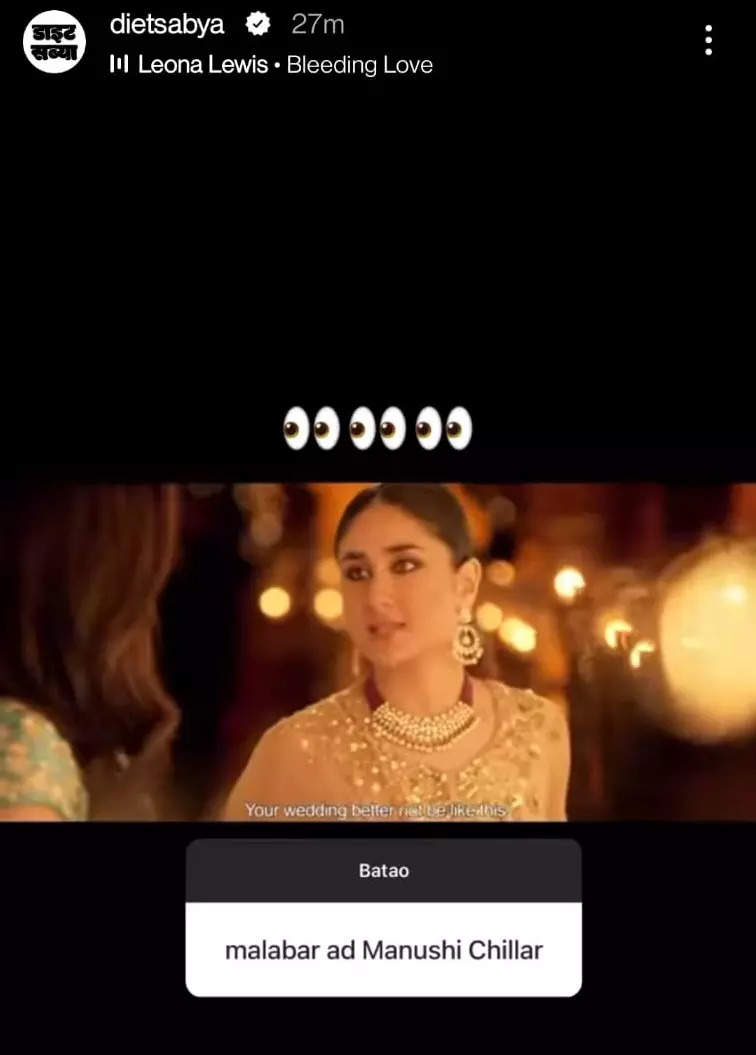